You have no items in your shopping cart...

Aggretsuko is a musical Japanese anime comedy series based on the character called Yeti. Yeti made his debut in a short
Filter
1 product

Aggretsuko is a musical Japanese anime comedy series based on the character called Yeti. Yeti made his debut in a short animatedseries created by Fanworks that first aired on TBS Television. TBS Television stands for Tokyo Broadcasting System Television. Aggretsuko's full name is Aggressive Retsuko. Aggretsuko can also be seen on Netflix, now there are three seasons available on the streaming service Netflix. The plot of the series is as follows: Retsuko is a 25 year old red panda who works as an accountant for a Japanese trading company. Every day she gets frustrated at work by her annoying superiors and annoying colleagues. Retsuko expresses her emotions by going to a karaokebar every night and singing Death Metal music there. After being unhappy after five years of work, this affects her behavior, jeopardizing her job and drastically changing her relationships with her colleagues. Notable characters from Aggretsuko are Retsuko, Director Ton, Fenneko, Haida, Director Gori, Ms. Washimi, Tsunoda, Komiya, Tsubone, Kabae, Resasuke, Anai, Tadano and Retsuko's mom. In addition to the Aggretsuko Netflix series, there are also hundreds of anime shorts episodes of Aggretsuko, all of which are only a minute. Titles of the episodes of Aggretsuko include A Day in the life of Retsuko, A Good Hardworking Girl, Short-timer, Walking Down the Aisle, Exposed, Stoking Rebellion, The Duel, The Out of Pocket Prince, A Rosy World, The Dream Ends, We Wish You a Metal Christmas, Time to Grow Up, The New Hire Named Anai, Double Moratorium, Unavoidable Impact, United Front, Unknown Future, Growing Affection, He Lives Above the Clouds, She's Dreaming and Wonderful Life. At Popmerch.com you are in the right place for officially licensed merchandise items from Aggretsuko. Other brands you can find at Popmerch.com include Adventure Time, Assassin's Creed, DC Comics, Disney, Dragon Ball Z, Dungeons and Dragons, Fallout, Game of Thrones, Harry Potter, Hello Kitty, Jack Daniel's, Marvel Comics, Minecraft, Naruto, Nintendo, Playstation, Pokémon, Rick and Morty, Sesame Street, Star Wars, Stranger Things, Super Mario Bros, Teenage Mutant Ninja Turtles, The Elder Scrolls, The Legend of Zelda and many more. 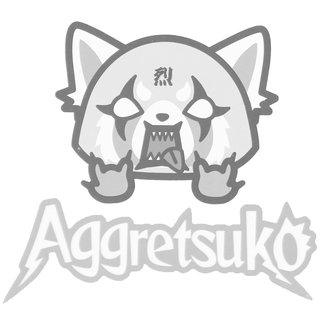