A super cool official Superman Backpack! Superman, also known as 'The Man of Steel', is a superhero known for the Action Comics and films. Superman was the very first superhero to possess superhuman powers and he launched a complete genre after being followed by Batman and Wonder Woman. His alter ego is Clark Kent! 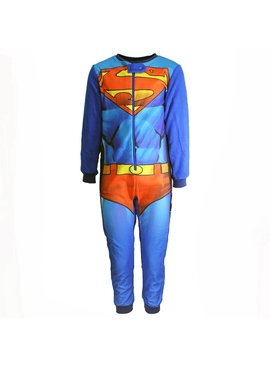 Superman Kids Onesie
€18,95
€14,95
With this onesie, your child transforms into Superman. The front has a print of the body of Superman with of course the logo on the chest! Cozy and fun.
Sale! 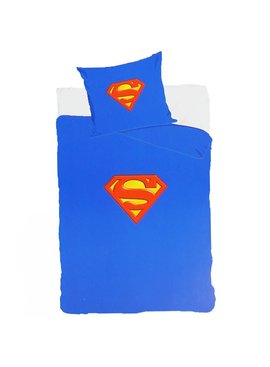 Disney Minnie Mouse Adult Backpack
€33,50
€27,95
A super nice Minnie Mouse Backpack. Not necessarily only for children but this backpack can also be worn by adults. Make yourself popular with this bag!
Sale!

DC Comics Batman Logo Kids T-Shirt Red
€14,95
€11,95
A beautiful Batman T-Shirt for children in the color red. The shirts are available in sizes 110 up to and including 152. Known from DC Comics!
Sale!

DC Comics Batman Logo Kids T-Shirt Blue
€14,95
€11,95
A beautiful Batman T-Shirt for children in the color red. The shirts are available in sizes 110 up to and including 152. Known from DC Comics!
Sale!

DC Comics Superman Logo T-Shirt
€17,95
€14,95
A beautiful official T-Shirt from Superman with a logo on the front of the shirt. The shirt is available in sizes S up to XXL. There is a choice between light blue and dark blue.
Sale!

Superman Logo T-Shirt Kids Blue
€17,95
€9,95
A nice Superman T-Shirt for children available in a dark and a light blue version in sizes 116 to 152 with a nice logo on the front!
Please accept cookies to help us improve this website Is this OK? Yes No More on cookies »
← Return to the back office    Orders placed on workdays before 16:00 will be shipped the same day.    Hide