Cowabunga! Four Turtles with a black belt in Ninjitsu who love pizza, how cool is that?

The Ninja Turtles, Michaelangelo, Raphael, Donatello and Leonardo, are named after Italian Renaissance artists and were altered by green gooey mutationsslime from ordinary turtles to extremely intelligent turtles. Also Splinter, a normal houserat, was mutated by the mucus and turned into a true Ninjitsumaster. He taught the Turtles all the intricacies of these awesome martial arts. Secretly we would like to be a Ninja Turtle too! Do you too?

Teenage Mutant Ninja Turtles began as a comic strip which was supposed to be a parody of Marvel's Daredevil, but eventually the concept proved to be good enough to make a whole series of comic books of it. Eventually the story turned out to be good for 76 Comic Book titles, an animate series, live-ation series and even a few movies!

In 1987 the first cartoon series of the Turtles aired. However the story of the animated series compared to the comics is a bit different. The violence was greatly reduced and the story is less dark. Also, some people were not fond of the name of the series. Mainly in Britain many people thought Teenage Mutant Ninja Turtles was too violent and the title had to be changed to Teenage Mutant Hero Turtles.

After a few years of having a different name for the Turtles, Mirage Studios, the publishers of the Turtles decided that they we're just going to call them Ninja Turtles again. Like it should be called!

The Turtles were and still are very successful! I mean who doesn't know them?

Order a pizza, do some ninja kicks, wear one of the many awesome Teenage Mutant Ninja Turtles items Popmerch.com and you're done! Bags, T-shirts, caps, Snapbacks, you can find it all in our shop.

Shop for the coolest merchandise of your favorite Turtle! Or if you can't choose ... all of them! 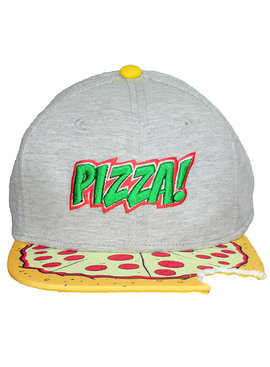 Ninja Turtles Neon Style Gymbag/Drawstring Bag Green/Multicolor
€12,95
€9,95
This awesome drawstring bag of the Teenage Mutant Ninja Turtles features all four Ninja Turtles in Neon Style. It's ideal for taking with you everywhere!
Please accept cookies to help us improve this website Is this OK? Yes No More on cookies »
← Return to the back office    Orders placed on workdays before 16:00 will be shipped the same day.    Hide