Assassins Creed is a computer game from Ubisoft. The series was expanded by comics, novels and in 2016 the self-titled movie came out. With great success! The adventurous game consists of main and side quests that you must complete one by one to get trough the game.

The story begins in the distant history. Fiction blends with real events. The Assassins who fight for peace through free will have been fighting against the Templars for centuries, who want to keep the peace through control.

The lead player is Desmond Miles, bartender and descendant of a number of important Assassins. Abstergo Industries, the name of the current/future Templars, are aware of Desmond's family background and abduct him. Desmond is forced to retrieve and transmit a number of artifacts called "The parts of Paradise". With these artifacts, humanity can be controlled. Desmond gets an Animus, a device that allows him to experience his ancestral memories. As he experiences these memories, he takes over the skills of his ancestors. As a result, Desmond has become a true Assassin who climbs and jumps over and on roofs (Parkour) and is able to control and handle his weapons well. But then he meets a small group of Assassins with whom he decides to work together and to counter Abstergo Industries. Super exciting!

Take a look at one of our cool Vests, Parkour Jackets, Bags, Wallets, Snapbacks, Caps, Necklaces, Bracelets, Hats, T-Shirts ... Am I missing something? 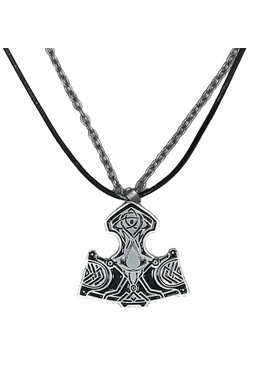 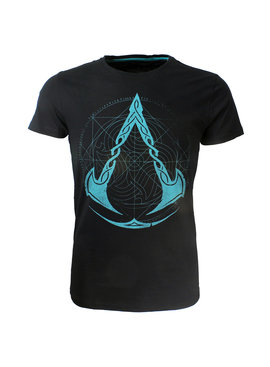 Assassin's Creed Valhalla Bifold Wallet
€21,95
€20,95
Yes, the newest part of the Assassin's Creed video game series is already close. Unleash the inner viking in you with this bifold wallet.
Sale!

Assassin's Creed Valhalla Tribal Adjustable Baseball Cap
€22,95
€19,95
We are all eager for the latest installment of the Assassin's Creed video game series: Valhalla! This great cap can be adjusted in size.
Sale! 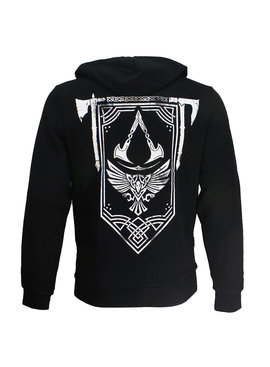 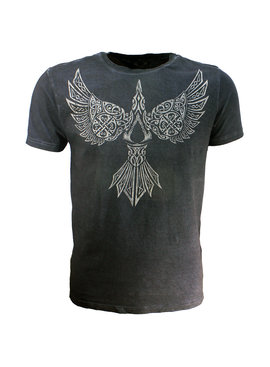 Assassin's Creed Valhalla Raven T-Shirt
€21,95
€19,95
Yes! The latest T-shirt from the newest part of Assassin's Creed: Valhalla! This shirt has a beautiful print of a raven with all kinds of symbols.
Sale! 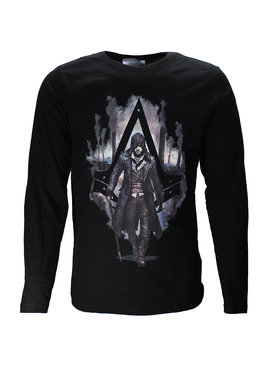 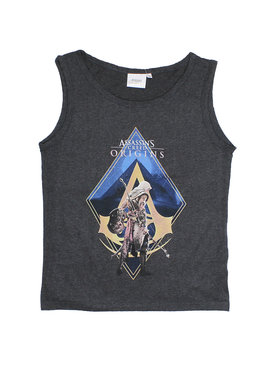 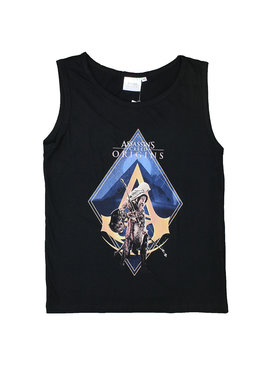 Assassin's Creed Odyssey Technical Backpack with Gold Foil Print
€49,95
€37,95
This backpack from Assassin's Creed has a gold Odyssey Logo printed on the side. It's spacious, durable, has adjustable shoulder straps and beautiful details.
Sale! 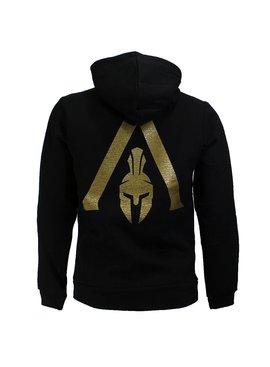 Assassin’s Creed Syndicate Parkour Zipper Hoodie
€49,95
€36,95
This comfortable gray Assassin's Creed Parkour Hoodie with zipper has the Syndicate logo on the back and chest. Made of Polyester and Spandex.
Sale! Assassin's Creed Odyssey Limited Edition Apocalyptic Wristband
€34,95
€24,95
This unique wristband from Assassin's Creed is limited edition. This wristband is in the apocalytic style of Assassin's Creed: Odyssey.
Page 1 of 2
Please accept cookies to help us improve this website Is this OK? Yes No More on cookies »
← Return to the back office    Orders placed on workdays before 16:00 will be shipped the same day.    Hide