Pokémon is a wildly popular Game and TV series for children, young people and even older! Pokémon started as a game that you could play on Nintendo's Game Boy, but it soon became a craze and grew to be the most successful game franchise in the world, after Super Mario.

After a lot of different games and generations Pokemon Go came out, an interactive game for mobile phones which takes place in the real world. The only way to be able to play it is to go outside and move around to capture Pokémon and conquer Gym's!

With the clothing and accessories available on Popmerch.com you can now turn yourself into a true Pokémonfan! For example, go on an adventure together with Snapbacks of your favorite Pokémon to take over all the gyms or put on Pikachu underwear for good luck!

The story is about Ash, a young Pokémontrainer from Pallet Town. When he finally could get his first Pokémon from proffesor Oak, he overslept! He was too late to choose one of the Starterpokémon, Bulbasaur, Charmander or Squirtle. Because he was still super excited and ready to start his adventure as a Pokémontrainer he got another Pokémon, the little yellow rascal named Pikachu.

Pikachu was not exactly obedient, but after Ash gained his trust they became best friends and went along with Misty and Brock to try and win the Pokémonleague! Along the way they have to watch out for Team Rocket! The malicious team consisting of Jessie, James and Meowth are out to steal Pikachu from Ash!

Dress yourself as a true Pokémontrainer with our Pokémonshirts, Caps, Bags, Hats, Wallets and more!

Pikachu, Eevee, Charizard or super rare Pokémon Mewtwo ... Which is your favorite?

Or do you prefer Merchandise from Team Rocket? "Prepare for Trouble, Make it Double!" 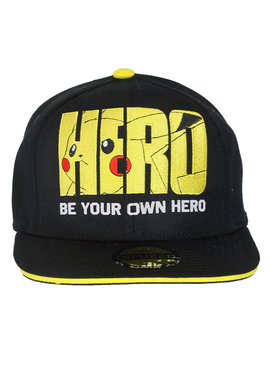 Pokémon Olympics Pikachu Hero Snapback Cap
€24,95
€19,95
A beautiful snapback cap from Pikachu! Pikachu is the well known Pokemon that can do many lightning attacks such as volt tackle and thundershock.
Sale!

Pokemon Pikachu Adaptable Backpack 41cm
€44,95
€38,95
A super nice officially licensed backpack from the thunder mouse Pokemon called Pikachu. This bag is made of polyester and is water resistant.
Sale!

Pokemon Charizard Adaptable Backpack
€41,95
€38,95
A super cool backpack from Charizard! Charizard is a well-known Pokemon that can fire many attacks such as fire blast and is very strong.
Sale! 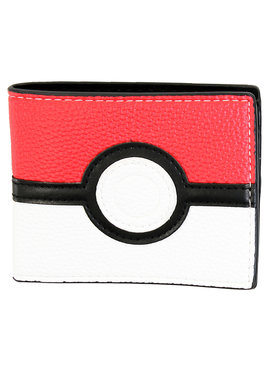 Pokemon Pokeball Bifold Wallet
€20,95
€17,95
A super cool wallet from Pokemon! Are you also a wannabe Pokemon trainer and are you a fan of Pokemon? Then this wallet is really something for you!
Sale! 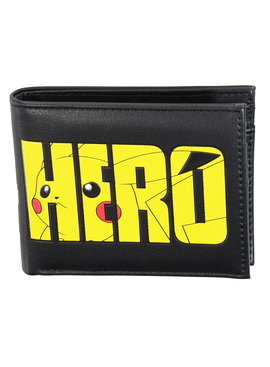 Pokémon Olympics Pikachu Hero Bifold Wallet
€21,95
€17,95
A super cool high quality black wallet from Pokemon with the text Hero in yellow. In the text you can also see our great hero Pikachu.
Sale! 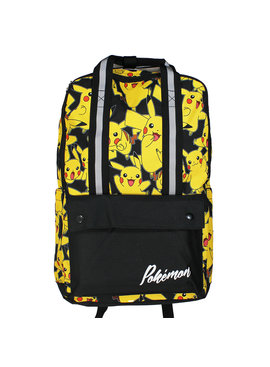 Pokémon Pikachu All Over Print Backpack
€49,95
€40,95
A super cool Pokémon backpack with an All Over Print from Pikachu! Pikachu is a thunder mouse that specializes in electric lightning attacks.
Sale! 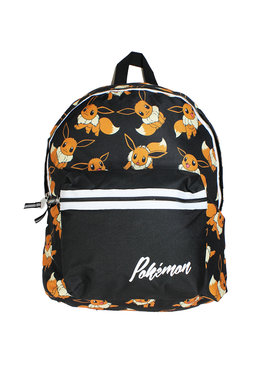 Pokémon Eevee All over Print Backpack
€39,95
€31,95
A super cool backpack from Eevee! Eevee is known as the Pokémon with the largest number of evolutions in which the Pokemon can evolve.
Sale!

Nintendo Pokémon Pikachu Plush Cuddle Toy
€19,95
€17,95
A super cool stuffed doll toy of Pikachu from Pokémon. This cuddly toy is nice and soft and is made of the very best quality. It's 25 cm big!
Sale!

Pokémon Pikachu Pop Art Snapback Cap
€25,95
€21,95
Gotta Catch 'Em All! This Pokemon snapback in Pop-Art style is red with a big yellow Pikachu on the front and Pikachu's call name "Pika!" on the side.
Sale!

Pokémon Pop Art Pikachu Backpack
€39,99
€31,95
This black Pop Art style backpack from Pokemon has a cool Comic print with the word "Pop!" and an image of Pikachu who is saying "Pika Pika!"
Sale! 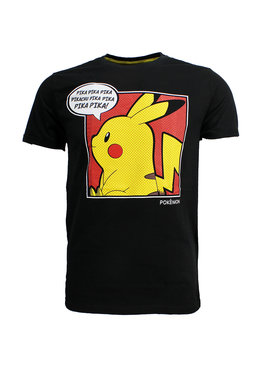 Pokémon Pikachu Pop-Art Comic T-Shirt
€24,95
€21,95
Pikachu is your best friend! On the front of this black T-shirt is a large red with yellow pop art image of Pikachu and a speech bubble with "Pika Pika!"
Sale! 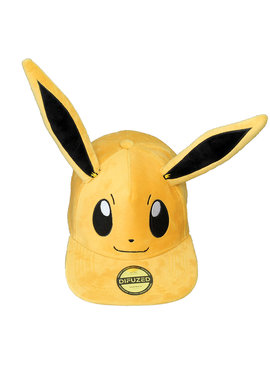 Pokémon Eevee Plush Snapback Cap with Ears
€29,95
€24,95
A beautiful official Eevee snapback cap made from Pluche. The cap is super cool and also has Eevee's ears. Eevee is a famous Pokémon made by Nintendo.
Sale! 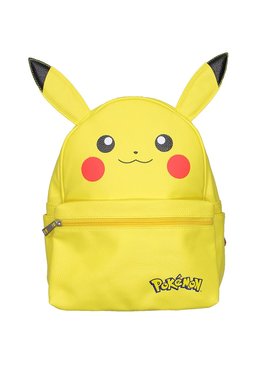 Pokémon Pikachu PU Leather Backpack with Ears
€49,95
€34,95
Pika Pika! This yellow Pokemon Pikachu backpack has Pikachu's face on the front and ears on the bag! It is 31 cm long, 25 cm wide and 11 cm deep.
Sale! 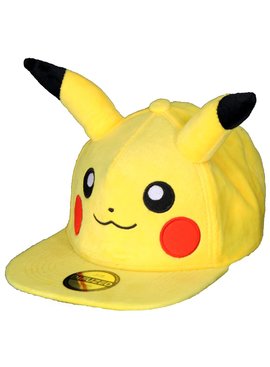 Pokémon Pikachu Pluche Snapback Cap with Ears
€29,95
€24,95
Super cute and soft! This yellow Pokémon Pikachu cap is made of soft plush and has ears! On the front it has the friendly face of Pikachu embroidered.
Sale!

Pokémon Pikachu Silhouette Necktie
€19,95
€17,95
This Pokémon tie is yellow with black silhouttes of Pikachu. The tie comes in a box and fits everyone! Perfect for the holidays, weddings, graduations...
Sale!

Pokémon Pokéball Beanie Hat
€21,95
€16,95
Now you can also wear the well-known Pokéball from Pokémon as a hat! Nice and warm in the winter or as a fashion accessory on less cold days.
Sale!

Pokémon I Choose You Pokéball T-shirt
€19,95
€17,95
I choose you! The famous line from Pokémon when Ash chooses his Pokémon in a battle! we have this T-shirt in a children's and an adult version!
Sale!

Pokémon All over Print Pikachu T-shirt
€24,95
€17,95
This super cool black Pokémon T-shirt is completely covered with Pikachu's! It is made of 100% cotton and is available in sizes XS (152cm) to XXL!
Sale! 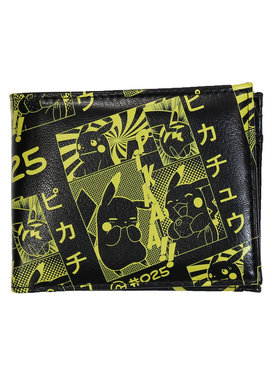 Pokémon Pikachu Manga All over Print Bifold Wallet
€17,95
€15,95
This Pokémon Fold Wallet is completely covered with small Pikachus and japanese symbols. In the wallet there is room for cards, bills and coins!
Sale! 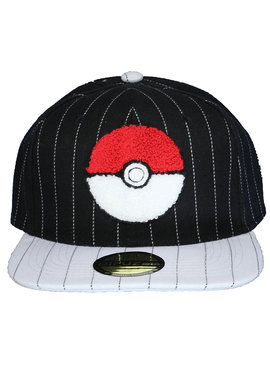 Pokémon 3D Pokéball Varsity Snapback Cap
€24,95
€19,95
This awesome asjustable Pokémon Pokéball Varsity Snapback is called a 3D snapback because of the thick embroidery. This gives a cool relief on the cap.
Page 1 of 2
Please accept cookies to help us improve this website Is this OK? Yes No More on cookies »
← Return to the back office    Orders placed on workdays before 16:00 will be shipped the same day.    Hide