Rick and Morty is an animated American Science Fiction series that's broadcasted on the Cartoon Network's Late Night Program called Adult Swim. The series is, with its adult humor, intended for adults. But that does not prevent children from watching the series! The creators of Rick and Morty compare the series with 'The Simpsons' and 'Futurama'.
Rick and Morty are also featured in the introduction of a The Simpsons episode in 2015.
The show is about the eccentric, crazy and alcoholic mad scientist Rick Sanchez who, along with his not so bright but kind grandson Morty Smith, has the craziest adventures. Combining these adventures with ordinary family life is a difficult task! The other characters in the series are Jerry Smith; Morty's father and Rick's son-in-law, who is very self concious and therefor unsuccessful in both his marriage and career, Beth Smith; Morty's mother and Rick's daughter, a cardiac surgeon for horses who is much more confident than her husband Jerry, and Summer Smith, Morty's normal, older sister.
The series take place in the Multiverse, which consists of several so-called 'realities' or dimensions. The characters move to other dimensions and planets through the use of a portal and Rick's flying car.
The series originated from a short parody on the movie trilogy 'Back to the future' called 'The Real Animated Adventures of Doc and Mharti'. The first season aired in 2013 and became a huge succes. Season 2 aired in 2015 and season 3 in 2017 . There are 22 episodes of 22 minutes total. Today, the series is still extremely popular! The show gets very high ratings on websites like IMDb.com (9,3) and TV.com (9,3).
Check out the trailer here!

At Popmerch.com you will find the official European Merchandise of this awesome series!
T-shirts, Snapbacks, Keychains ... Go take a look at our awesome stuff! 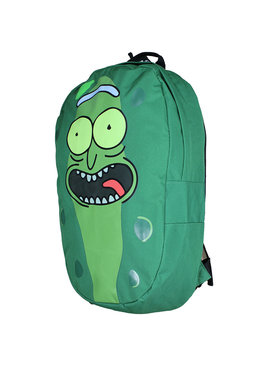 Rick and Morty Pickle Rick Shaped Backpack
€39,95
€31,95
This fun green Rick and Morty Backpack has the shape of Pickle Rick! This bag has a laptop compartment, adjustable straps and a padded back surface.
Sale!

Rick & Morty Bananas Snapback Cap
€24,95
€18,95
A mega cool official snapback cap from Rick and Morty with Rick on the front as a banana and next to that Rick & Morty as slimy banana text.
Sale! Rick & Morty Psychedelic Rick T-Shirt Official
€24,95
€21,95
A nice official Rick & Morty T-Shirt in the color black with a picture of Rick on it with the text 'Psychedelic'. Available in sizes Small to XXL.
Sale! 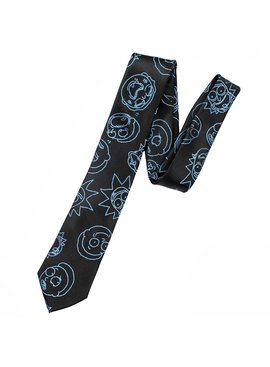 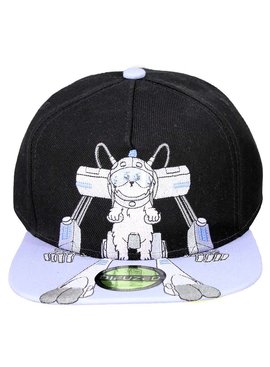 Rick and Morty Snowball Snapback Cap
€19,95
€15,95
This Snapback from Rick and Morty has Snowball in his robot suit on the front. At the bottom of the bill it says "Where are my testicles, Summer?".
Sale!

Rick and Morty All over Print Characters T-shirt
€24,95
€20,95
This super cool T-shirt has a print of a lot of different characters from the hit series Rick and Morty in a living room. Suitable for men and women!
Sale!

Rick and Morty Silhouette T-shirt
€19,95
€17,95
This awesome black Rick and Morty T-shirt has a red print with the silhouettes of Rick and Morty. The Rick & Morty logo is also displayed on the T-shirt.
Sale! 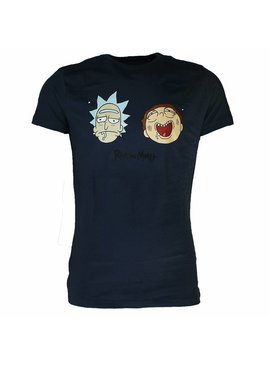 Rick and Morty Faces T-Shirt
€19,95
€17,95
This super cool black Rick and Morty T-shirt has the faces of Rick and Morty on the front. Available in adult sizes. Unisex and 100% Cotton.
Please accept cookies to help us improve this website Is this OK? Yes No More on cookies »
← Return to the back office    Orders placed on workdays before 16:00 will be shipped the same day.    Hide