Super Mario Bros is a two-dimensional arcade game developed by Nintendo. Since 1985, 40 million copies have been sold, making it one of the best selling games in the world!

Originally the game was made for the NES, but now you can play many different types of Super Mario games on many different consoles. Super Mario Party on the Nintendo DS, Mario Kart on the Wii, Super Smash Bros Brawl on the Playstation, Mario Galaxy ... Or do you even still have a Game Boy or Nintendo 64?

The original story is about Mario, an Italian plumber who has to save Princess Peach from the evil Giant Turtle Bowser (also known as King Koopa). He hijacked the Mushroom Kingdom and all residents are transformed into blocks and enemies. The daughter of the Mushroom King, Peach, is the only one who can undo the spell.

The game has eight worlds and a lot of different levels that you have to play in order to eventually rescue the princess. Along the way you collect coins and defeat your opponents. But watch out! There's alot of other enemies like Goombas, nasty little mushrooms. They'll make you lose a life and you'll have to start again! Also Piranha Plants, Bullet Pills, Koopa Troopa and Boo's make it any easier.

Besides Mario there's a lot of other characters. These are mainly found in other parts of the popular Mario Bros games and some even got their own games! For example, Mario has a brother, Luigi. If you want to play Super Mario in multi player mode you can play with Luigi! Or do you prefer playing Mario Kart, where you can be Waluigi, Wario, Princess Daisy, Toad, Donkey Kong or Yoshi and race for the cup?

Whatever you prefer, at Popmerch.com you can find the finest merchandise from all of your favorite Mario games and characters! T-Shirts, Jackets, Backpacks, Keychains, Wallets, you name it!

Nintendo Super Mario Bros Characters All Over Print Backpack
€39,95
€36,95
A super cool bag from Super Mario Bros with an all over print of famous characters from the game. This backpack has a size of 40 x 25 x 8 cm.
Sale! 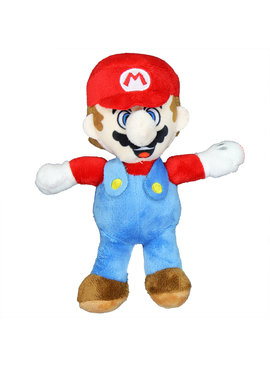 Nintendo Super Mario Bros Mario Soft Plush Toy Doll
€16,95
€15,95
A super cool soft and cuddly toy doll from the one and only Super Mario! This doll is 20 centimeters tall and feels very nice and soft.
Sale!

Nintendo Super Mario Bros Hat 3D Rubber Keychain
€14,95
€9,95
A super cool 3D keychain from Super Mario Bros! The key ring is in the shape of the cap that Mario always wears and is red in color.
Sale!

Nintendo Super Mario Bros Biker Men T-Shirt
€18,95
A super cool T-Shirt for men from Super Mario Bros in Biker style! The shirt is available in various sizes, from S to XXL! Especially for the fans!
Sale!

Nintendo Super Mario All Over Print Faces Backpack Official
€39,95
€32,95
A super beautiful official Backpack from Mario. The backpack is red in color and has several heads of our friend Mario on it. High quality!
Sale! 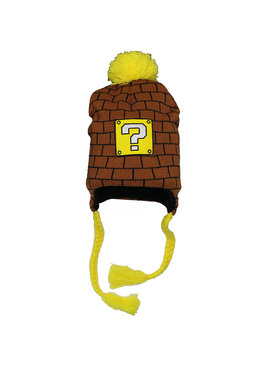 Nintendo Super Mario Block Laplander Beanie Hat
€23,95
€18,95
A super cool Super Mario Bros Brick Laplander beanie hat that is nice and warm for the winter! Are you a fan of Super Mario? Then this is the perfect hat!
Sale!

Nintendo Super Mario Bros Yoshi Faces Subliminal Print Backpack Official
€39,95
€28,95
A nice Nintendo backpack with Yoshi faces on it. The bag is of high quality and has a strong zipper. The bag is green in color and made of high quality.
Sale! Nintendo Super Mario Yoshi with Egg Snapback Cap
€24,95
€18,95
A super nice official Snapback Cap with Yoshi on it and an egg. On the front you see Yoshi and on the side is his egg. The colour of the cap is grey.
Sale! 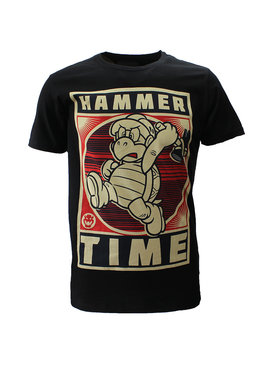 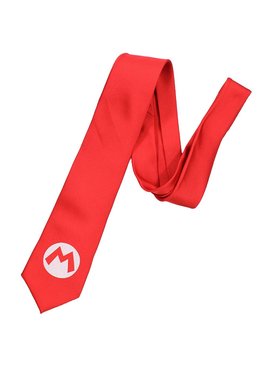 Super Mario Big M Badge Necktie
€19,95
€17,95
This Nintendo Super Mario necktie is red and has the classic white M Badge by Mario at the end. The necktie comes in a box and fits everyone.
Sale! 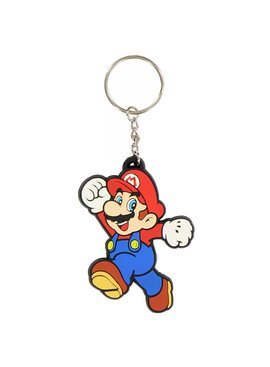 Nintendo Super Mario Jumping Rubber Keychain
€5,95
€3,95
It's me! Mario! This keychain has a pendant in the shape of Mario in a jumping position. The ring and chain are made of metal and the pendant of rubber.
Sale!

Nintendo Super Mario Luigi "L" Classic Shaped Cap Hat Adults
€19,95
€16,95
This cool Luigi cap is shaped like the cap of Luigi himself. This is the ideal cap to play as Luigi himself. Luigi is the brother of Mario.
Sale!

Super Mario Yoshi Adjustable Cap
€19,95
€16,95
Who doesn't love Yoshi, the green dragon from Super Mario? Yoshi's name/logo is on the front of this cap and Yoshi himself is pictured on the side!
Page 1 of 2
Please accept cookies to help us improve this website Is this OK? Yes No More on cookies »
← Return to the back office    Orders placed on workdays before 16:00 will be shipped the same day.    Hide