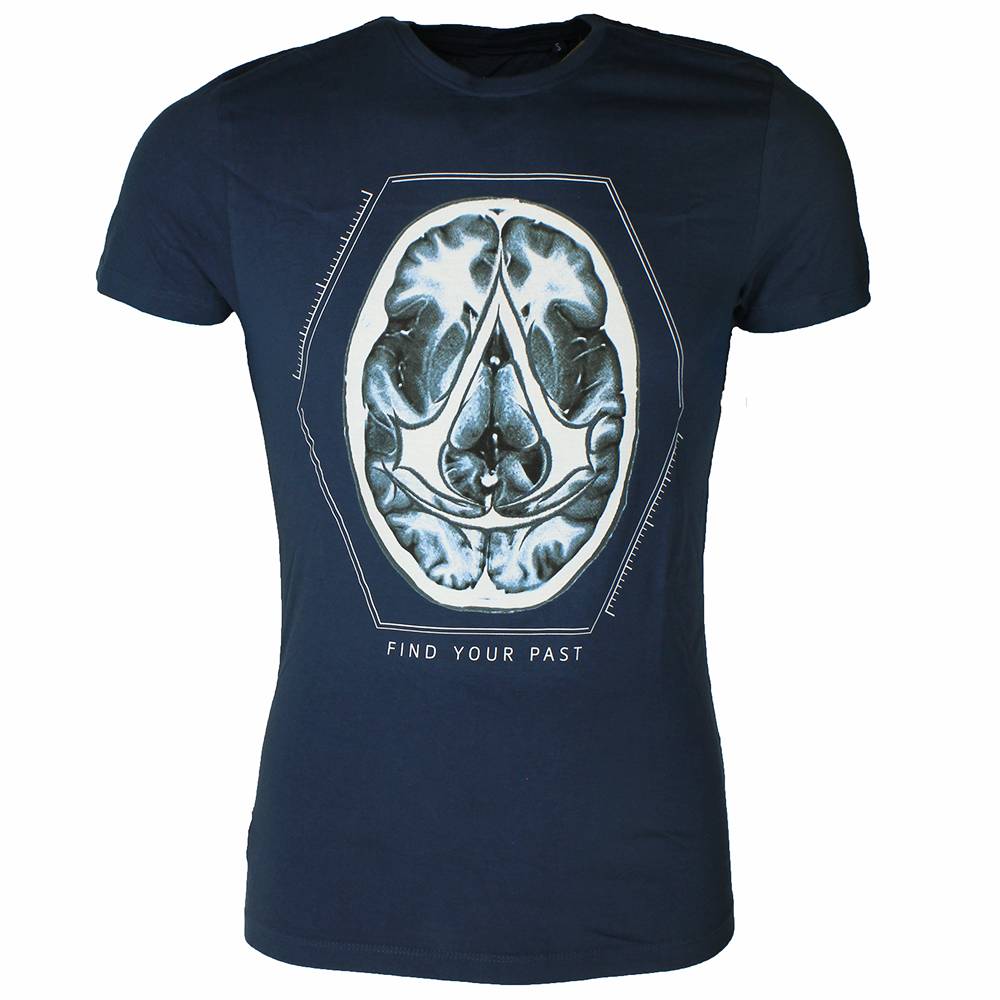 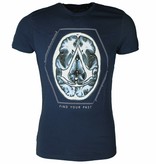 This blue Assassin's Creed men's t-shirt has brains depicted on the shirt. Below is the text "Find Your Past".

The t-shirt is related to the self-titled Assassins Creed movie "Assassin's Creed".

The movie directed by Justin Kurzel was released on December 14th, 2016.
Perhaps this game will be the first in a long series.